Apply to host a PDC in Scotland

We are now looking for both venues and tutors who can, respectively, host and deliver this landmark offering. We have created an Application Pack for you; download, read over and submit to us by 22 January 2019 if you would like to be considered. 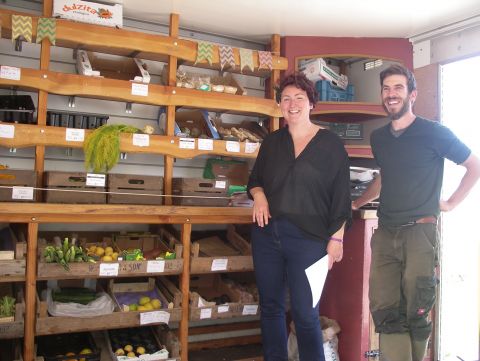 Woodside Arran was founded 2 years ago, in October 2016, by Jenny and Andy MacDonald. Their vision is to build a diverse food network on the Isle of Arran that encompasses organic growing techniques, permaculture design principles and regenerative agricultural practices. 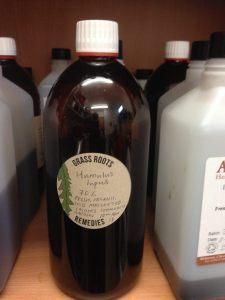 Grass Roots Remedies Co-operative is one of the newest additions to the ScotLAND Network. Their ambition is big: medicine produced in the community, for the community, by the community. Read on to find out about one of the UK’s only herbal medicine clinics integrated into an NHS Health Centre, and more!
Read More...
Tue 19 Jun 2018

The Permaculture Scotland Scottish General Me
Read More...
Sun 13 May 2018 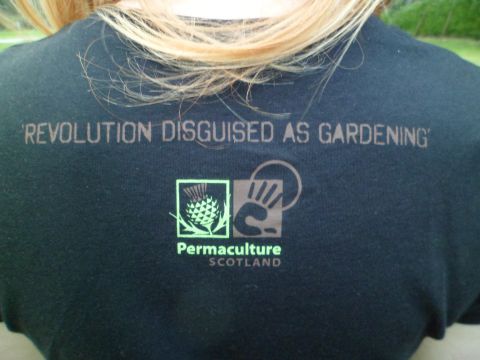 These silky, soft bamboo and organic cotton T-shirts with a beautiful design by Emily Chappell are back in stock! They come in black and green in 2 different styles: traditional loose fitting and light weight fitted with short Raglan style sleeves. 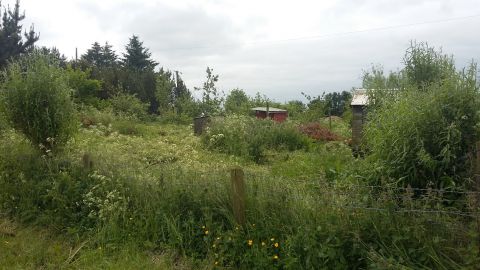 A brief introduction to Netherton Farm, one of the newest Learners to join the ScotLAND Project. It is a smallholding owned and run by Chris Fletcher in rural Aberdeenshire. 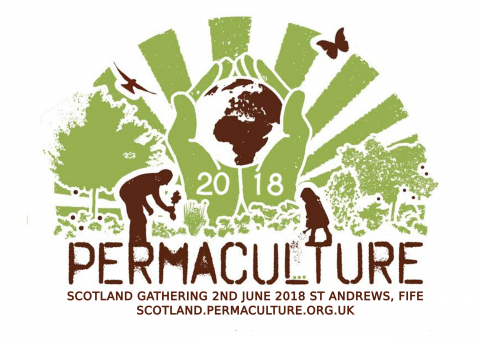 Save the date - Permaculture Scotland Gathering and Conference 2018

We are excited to announce that the Permaculture Scotland gathering 2018 will be held in partnership with Transition St Andrews on Saturday 2 June in St Andrews, Fife. 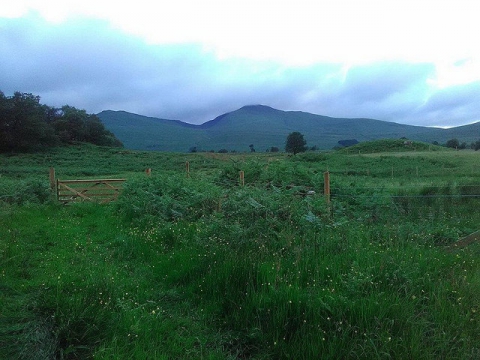 Tombreck – pigs, farm co-op and thinking about the future

After three weeks in Glasgow under the rain, I headed towards Tombreck, my very last stop before the Scottish Permaculture Gathering (the end of my journey)!

As you may remember, my last article on the Concrete Garden, an urban permaculture project, argued for a stronger standpoint on the subject of land and public space. I was very excited when I arrived to Tap O’Noth Farm, in Aberdeenshire, after a short trip from the Black Isle. James Reid’s project was the first permaculture farm I was visiting. That is to say, it was the first project where food was grown using permaculture principles, not merely to meet some level of self-sufficiency but also to be sold in his community.

After some years travelling in Australia, Portugal and Scotland, James found land at the bottom of Tap O’Noth hill five years ago. He first used the land as a permaculture demonstration site, affiliating himself with the Permaculture Research Institute of Australia, and later with the Permaculture Association when he became a ScotLAND centre. He hosted a Permaculture Design Course, and started a bigger garden in order to feed the students.